This is Stina Andersson, Head of Surveying in Ängelholm with the City Hall of Ängelholm in her hands. In a nice article in Helsingborgs Dagblad Stina is interviewed about the future of 3D maps in her municipality.

– Delivering a three dimensional image to the architect will now be easy, and it will also simplify their work, Stina says in the interview.

–  You get a good starting point for your discussions. The 3D perspective is much richer than the ordinary aerial perspective. Its easier to show and to understand how a new building will appear.

What the view will look like from a certain floor and how the shadows will fall are other things that are easier to see in a 3D model than a with a traditional map.

The City Hall and it’s closest surroundings is the start of the coming 3D-mapping process in Ängelholm. It’s neighbor, the city of Malmö have a physical 3D model of the entire city center.

We’re proud to have processed the 6500 images taken of the building and delivered the digital 3D model to Ängelholm and look forward to future projects. 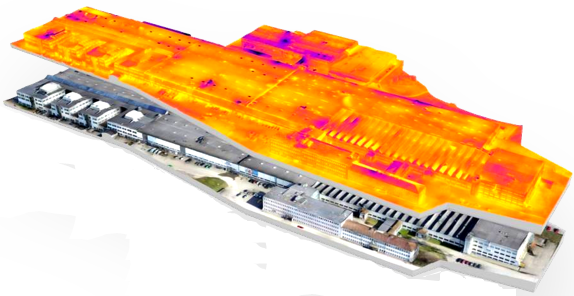